Today at the Aspen Institute in Washington, D.C., JPMorgan Chase launched a $250 million training initiative called “New Skills at Work,” the largest private-sector effort to date aimed at addressing skills gaps in job markets in the U.S. and globally by focusing on local data, partnerships with industry, and specialized training programs.

The five-year initiative will be informed by extensive research on workforce shortages in local labor markets and bring together employers and local training providers, all with the goal “to accelerate economic growth by supporting training programs that will have the greatest impact.” You can learn more in the New York Times or in the video below.

The crux of EMSI’s briefing is simple: The skills gap is a national issue that’s best looked at from the local or regional level. Worker shortages manifest themselves differently from region to region, and sometimes from city to city inside a region. The shortages that employers cite in San Antonio likely differ from those in Houston or Honolulu, just as the skills gaps could be different in Santa Monica and Anaheim, even though both are part of the Los Angeles metro.

The following are the four major findings of EMSI’s briefing, which compared estimated labor market demand from 2013 to 2015 with graduated output in related programs for the middle-skill occupations in three key sectors — the skilled trades, technology and engineering, and business and finance.

Washington, D.C., Houston, and Dallas have a projected shortfall of close to or more than 5,000 middle-skill workers in technology and engineering, the skilled trades, and business and finance over the next two years. After these three metros, Boston, Chicago, New York City, and Seattle are poised to face the next-largest deficits of these critical middle-skill workers. All have an estimated gap of at least 2,000 workers per year. Looking more broadly, 20 metros have projected mid-skill worker shortages of at least 1,000 annually through 2015. This includes smaller metros (e.g., Salt Lake City and Austin), as well as metros that struggled through the recession (e.g., Detroit and Tampa-St. Petersburg).

Skill gaps might be hard to diagnose at the national level, but look closely at particular regions and examine the industries that they specialize in, and talent shortages begin to emerge.

The San Francisco economy, for example, is driven by technology and professional services. Sure enough, the most acute projected labor shortage among the occupation groups analyzed for the San Francisco metro are in mid-level technology and engineering technician occupations, where demand is expected to outstrip supply by nearly 1,000. Skilled trades workers, meanwhile, are not expected to be nearly in such high demand in San Francisco, but more of them are projected to be needed in manufacturing-oriented Chicago and energy-driven Oklahoma City.

The industry makeup of regions goes a long way in determining the kind of shortages that exist, if there are any. Houston has a large projected shortage of machinists, welders, and other skilled trades workers. Miami appears to be severely under-producing mid-skill business and finance workers. And mid-skill tech workers are going to be most needed in D.C., Dallas, New York, and as we mentioned, San Francisco.

3. The Aging Workforce Is Exacerbating The Issue

If the skills gap has yet to be felt in some regions, it could just be a matter of time – especially in a number of key sectors (such as skilled trades, health care, and transportation) that rely on an increasingly aging middle-skill workforce. The issue is twofold: a large number of older workers in middle-class jobs are nearing retirement, and many high school graduates are not pursuing the vocational or two-year training needed to enter many of these mid-skill fields.

There are many examples of metros where the effects of an aging workforce are already or will soon be felt:

4. Not Every Metro Is Facing A Deficit of Mid-Skill Workers

EMSI’s metro-by-metro analysis identified large cities that will soon be hurting for new mid-skill workers. But we also found a number of metros on the other side of the ledger — cities with a projected surplus of workers in the skilled trades, technology and engineering, and business and finance.

Two metros among the 100 largest have a projected oversupply of at least 500 potential new workers per year – Tulsa, Okla. (632 more graduates than openings) and Baton Rouge, La. (524). Both metros are large-scale producers of certificate holders in the skilled trades, specifically in welding. Note that a portion of these grads will move elsewhere for jobs, specifically since there are much bigger skilled trade labor markets than Tulsa’s or Baton Rouge’s.

Beyond Tulsa and Baton Rouge, five metros have a surplus of at least 200 graduates across the three sectors: McAllen-Edinburg-Mission, Texas (384); Los Angeles (349); Dayton, Ohio (328); Toledo, Ohio (314); and Jacksonville, Fla. (211). We excluded the Phoenix metro from this list because the presence of the University of Phoenix skews the regional graduate total, specifically for programs (e.g., computer programming) in which a large number of online degrees are awarded nationally but are counted in Phoenix.

Some metros, meanwhile, have a projected excess of graduates in one or two of the sectors analyzed, but undersupplies in others. St. Louis, for instance, produced more than 1,100 skilled-trade graduates in 2012, while EMSI estimates just 727 new graduates will be needed each year through 2015. But St. Louis is expected to have a significant shortage of mid-level business and finance graduates (604 more openings than graduates) and a slightly smaller projected gap of technology and engineering graduates (202).

Conversely, in Rochester, N.Y., educational institutions produced twice as many mid-level tech and engineering graduates as the projected need indicates for the next two years. But in the skilled trades (particularly machinists and electricians), Rochester faces a substantial undersupply of new workers entering the job market.

Economic Consequences of the Skills Gap on Regional Economies

In addition to providing a supply-and-demand outlook, EMSI’s briefing looked at the economic consequences of the skill gaps on regional economies. The most obvious effect of a local skills gap is that local industries can’t perform at their full potential. And when key industries aren’t operating at peak potential, the regional economy suffers, both because of the loss of sales revenues and because of the reduction in local supply-chain purchases.

From a microeconomic perspective, the impact of a skills shortage depends on the degree to which the gap reflects an efficiency constraint (i.e., employers are operating in a less than optimally efficient manner because they can’t find necessary talent) or an output constraint (i.e., opportunity exists for a firm to expand output and perhaps market share, if it were not for a shortage of key workers). Either way, a skills gap has consequences for employers, local industries, and the region itself.

Read the full briefing for an example on the potential effects of filling the shortage of machinists in Houston.

Examples of Programs That Work

One of the programs that will serve as a model for the “New Skills at Work” initiative is Chicago’s College to Careers. The program, launched in 2011, “pairs local schools with employers to better train students for the labor market,” according to the New York Times. It brings together faculty and staff at the City Colleges of Chicago with more than 100 industry leaders to design curriculum and facilities and offer internships and job opportunities in in-demand fields.

Other examples of regional strategies to combat skills gaps are plentiful. Here are three EMSI mentioned in the briefing:

For more from EMSI on the skills gaps discussion, check out our recent article in Forbes, an expanded version of which appeared on the EMSI blog, or contact Rob Sentz (rob@economicmodeling.com). 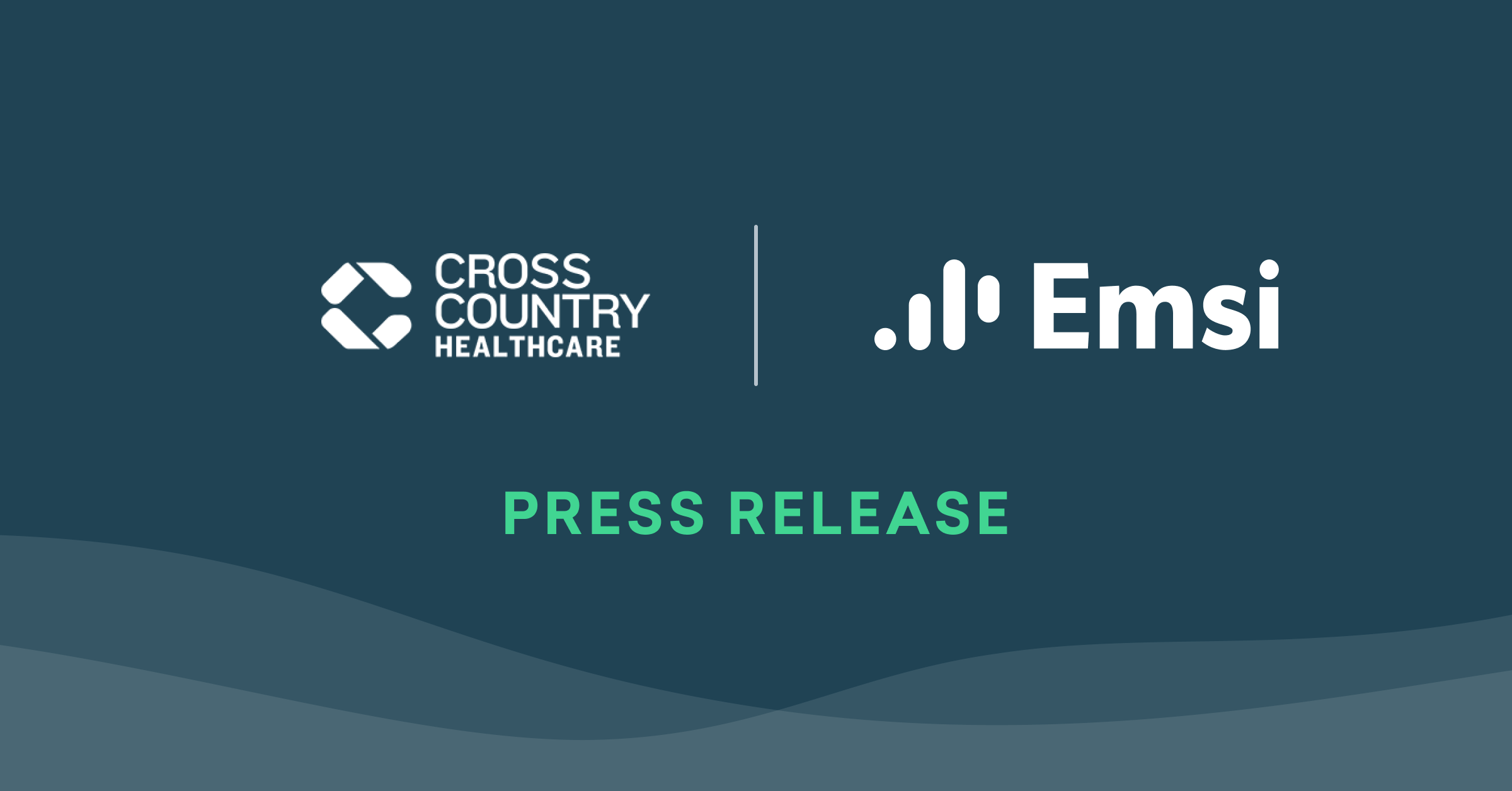