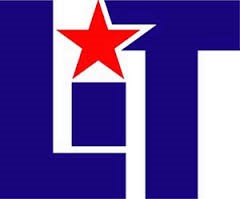 When Lamar Institute of Technology President Paul Szuch greets a crowd of incoming students and their parents at orientation, he brings a stapled-shut paper bag. He asks whether they know anything about LIT, what they want to study there, and what they’ll be prepared to do when they’re done. Only a few hands go up.

Then he asks, how many people, without knowing what is in the paper bag, would be willing to give him $4,000 to have its contents at the end of the year. “Because that’s what I’m hearing right now,” he’ll say. “You’re about to give the college $4,000 a year to come here, and you are not certain what you’ll receive.”

But it isn’t just theatrics. Szuch and his staff really want students, taxpayers, society, and donors to understand what they are receiving in return for their investments—a task that isn’t easy, even for LIT, which has been recognized for its alumni earning consistently higher than average median incomes. So LIT enlisted Emsi to conduct an economic impact study (EIS), estimating the institution’s impact on its state and region, as well as the return on investment for its key stakeholders.

Since LIT is located in Beaumont, Texas—an area famous for its oil industry—relationships with petrochemical businesses are key to the success of the institution. These relationships result in internships, scholarships, jobs for graduates, financial support, and more.

But corporations only want to invest if there is going to be a positive impact.

So the EIS has been incredibly valuable because it shows with concrete data that investments in LIT result in real, positive change, Szuch noted.

For example, these companies, as well as other petrochemical businesses, recently met for a petrochemical conference in Houston where Szuch was invited to speak on a panel. There, Szuch used the study to address how companies could help institutions train their future workforce—through investments, advocacy, and other means. And he was able to explain, using concrete data, that those partnerships would have enormous impacts.

“There have been $30 to $60 billion in refinery expansions in the 10 years I’ve been here,” Szuch said. “So I’m telling these companies that they also need to invest in the higher education entities that are preparing workers, maintaining incumbent workers with the skills they need, and providing other kinds of support as contractors and subs come in from the peripheral areas. And for that, the EIS was really, really useful.”

Some of the verbiage from the impact study’s executive summary also came in handy at a legislative finance hearing where Szuch needed to defend his budget request.

Broken down into layman’s terms, the executive summary made the return on investment—a key priority for the state—very understandable and valuable for both the senate and the house to hear, Szuch said.

“The EIS showcased LIT’s true impact with a multiplier effect: ‘This student in a wheelchair now has a job; a single parent completed a forklift class and now is earning $25 per hour; this gentleman lost his business due to a hurricane, came here for two years at age 40, and is now making over $100,000 per year,’” Szuch said. “The study has allowed me to illustrate how various students have successfully trained for new careers as a result of their investments in LIT.”

The impact information has also helped strengthen LIT’s grant applications by offering a level of detail that competing institutions may not have.

“With Emsi’s EIS, we can communicate a more comprehensive picture of what our college actually provides the community,” said David Mosley, LIT’s coordinator of institutional effectiveness and grants.

Szuch echoed that sentiment, adding that having a third party evaluate LIT’s impact has been especially persuasive. “When we do grants, this data says, ‘You give me a dollar for a grant, here’s what I’m going to do for the state of Texas,’” Szuch said. “So it gives us additional data—and it’s a third-party saying it.”