It’s no secret that software development is a popular occupation. Nearly every major employer needs quality software developers and the wages are highly competitive. It’s clear why jobseekers are interested in the field.

It’s also clear why there’s pressure on colleges and universities to understand the landscape of the labor market as they provide training for upcoming software developers. There are a lot of important questions to answer.

We dove into the occupation (Software Developers, Applications; SOC: 15-1132; referred to as “software developers” for the remainder of this article) to analyze the labor market demand at a national level and identify where supply and demand differ.

We used Analyst to delve into the traditional and real-time LMI. While Alumni Insight—an aggregation of more than 65 million professional profiles—helps us look at the current supply of the workforce. All data from Alumni Insight is indicated by table and chart headings of this color. We applied an occupation filter in both tools to tailor the data specifically to software developers.

Though interesting at a national level, when this data is applied regionally—for any occupation of interest—it serves as a critical element in helping colleges more effectively align their programs with the needs of employers.

A Snapshot of Software Developers

Job totals for software developers have swelled to nearly 800k and show no sign of slowing over the next ten years. Median wages are strong at $47.68/hr and leave plenty of room for growth with a 90th percentile wage of $70/hr. While Alumni Insight provides only a sample of the workforce, a substantial 96% of all software developers are represented. This is likely because the occupation lends itself to tech savvy workers that are highly motivated to keep professional profiles up-to-date.

While hires have increased slightly, total postings have jumped to nearly double what they were just a few years prior. Every job opening is posted an average of six times by the employer.

When it comes to software developers, which states lead the pack in terms of housing talent? What about states recruiting new talent?

After a quick look at the breakout of jobs by location, top states posting for jobs, and top states where alumni in the software development field live, we see common themes. California is leaps and bounds ahead of all other states by a margin of more than 100% across the board. Other leading states like Texas, Washington, and New York also appear consistently, making it clear that states with high concentration of software jobs are putting serious effort into hiring new talent.

Further, the top educator of software developers in Alumni Insight is Jawaharlal Nehru Technological University, one of India’s leading institutions focused on engineering.

What about education level? What are employers asking for, and what does the current workforce typically have? From Analyst, we see that more than 89% of software developers have associate’s level education or more.

Are 89% of software development job postings asking for associate’s level education or more? Not necessarily. With some filtering of our job posting analytics, we found that nearly 40% of postings make no direct mention of an educational requirement for software developers—a staggering portion considering the national average for all job postings (including blue-collar occupations) is 33%.

That’s not to say that the individuals who get hired don’t have some form of secondary education, but it doesn’t appear to the top priority for employers.

Software engineers, java developers, and software developers are the clear front-runners for the top job titles—both in the workforce and job postings—while .net developers and cloud engineer architects are showing higher concentrations in recent job postings.

In some cases, the supply and demand of the labor market line up clearly. California has the most software developers. California also puts out the most job postings for software developers. In other cases, there’s something to be learned from the differences we see, like that colleges might consider putting more emphasis on their students learning JavaScript and C Sharp than providing a bachelor’s level program.

As colleges equip students for the workforce, it’s important that all sides of the labor market are considered. Just looking at job postings can be dangerous. The same can be said for only looking at wage data or a sample of workers. However, when used together, each source provides context that makes labor market data as a whole more reliable and more actionable. 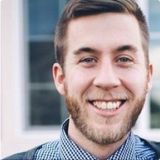