Imagine a student thinking they were preparing for a job in an in-demand field only to discover there are no jobs where they live. For students using labor market data to make career decisions, “close enough” isn’t good enough.

The analysis spotted significant differences in occupational projections in 20% of occupations studied in New Hampshire. The number was even higher when the study was replicated in Maryland. The problem is compounded in states with dominant urban centers and with border cities heavily influenced by a neighboring state.

For example, New Hampshire jobs for software developers, systems software were projected at the state level to climb nearly 19%. That was affirmed by Emsi data in a couple of communities, but was misleading for areas whose growth in those jobs was projected at 9% or 4% or even -5%.

Used by Fortune 1,000 companies and state agencies and frequently cited in the nation’s most respected newspapers, Emsi’s industry-recognized data is curated from dozens of data sources and is mathematically modeled to restore government suppressions. It is also used in Emsi’s labor market analytics software and its student-facing college web portal, Career Coach. 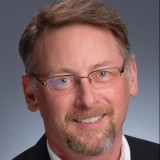