Most of us think we have a fairly good idea of what economic development is until someone asks us and then the clear answer we thought we had suddenly seems rather fuzzy. Because it means so many things to so many people, I am going to narrow the focus a bit to what is the major goal of economic development: to grow the economic well-being and capacity of the people who live in the region.

The data we look at to measure an economy and gauge growth include business output (or sales volume), Gross Regional Product (output less purchases, or value added), wealth (including property values), personal income (including wages), and jobs. A few of these measures for the Sierra Region in Nevada, defined by Carson City, Douglas, Lyon, Churchill, and Storey Counties, are outlined in Table 1. These are all measures that are regularly and consistently collected by a variety of state, local, and federal agencies. Over time, these data create patterns and trends of activity which not only tell us about an economy, but also changes and patterns that allow us to manage, evaluate, and prioritize projects that yield the highest economic development return. This is where economic impact analysis comes in with the goal of coming as close as possible to the net change a project would have on an economy.

The first step in this process is understanding the strengths and weaknesses of each of the different measures used in economic impact analysis. We can then minimize the inherent error of each when we take the next step in modeling a proposed project to better understand the impact it might have on an economy.

Overall, these measures complement and overlap each other and with an understanding of each we can better customize the analysis when evaluating each project and its impact on a region’s economy.

In addition to the different data series used in impact analysis, there are also a variety of assessment tools and models we can use depending on the purpose of the analysis. This could be a cost-benefit analysis to help make a policy decision or a retrospective study to better understand why something happened. However, for purposes of this conversation, I am going to focus on input-output models and how they are used to measure economic impact.

An input-output model is a way of representing the flow of money in an economy. Economies are dynamic with money flowing in and flowing out. If there is more flowing in than flowing out, then the economy grows. Conversely, if there is more flowing out than flowing in, then the economy shrinks. Either way, “ripples” occur within the economy and these ripples and flows can be tracked and measured using the data outlined above and the complex patterns, trends, and relationships between them. Additionally, input-output models allow us to scale these relationships to specific industries and regions.

Using an input-output model, we can estimate the net impact a project could have on a regional economy.

For example, let’s say we have a structural metal manufacturing company that is interested in relocating to the Sierra Region with plans to hire 25 workers. Using the input-output model built by Emsi we can estimate what the economic impact would be to jobs, payroll, and GRP in the region.

Because of the “ripple” effect when new money flows into a region, the total number of jobs and associated payroll and output will be greater than that brought in by this new company alone. This is commonly referred to as the multiplier effect which, in total, suggests that this relocation would add 43 jobs, increase total earnings by $3,268,828, and adding $12,314,498 in output to the GRP (see Table 2).

Because the multipliers are based on the complex patterns of the data in the model, we can also drill down to better understand which other industries in the region are affected because of the “ripple” effect. This is helpful for regional planning and identifying other economic development opportunities such as growing existing supply and support businesses.

In our example, the 25 new jobs (what Emsi refers to as the initial change) also generates additional jobs because of increased demand from suppliers (direct and indirect), and induced jobs to provide goods and services for the jobs created by the initial, direct, and indirect changes.

This distribution is outlined in Table 3.

Table 4 reports how the 43 total jobs are distributed by industry because of the multiplier effect of the initial 25 manufacturing jobs. As this table illustrates, the impact of this example project would have a much larger effect on the Sierra Region than just the project itself. In summary, understanding both how we measure an economy and the strengths and weaknesses of those measures is the first step in analyzing how a change might impact it. Then, by utilizing the appropriate tool to model that change, we can come up with reasonably close estimates for strategic economic development and planning. This, in turn, directly supports the primary goal of economic development: to grow the economic well-being and capacity of the people who live in the region.

If you would like to learn more about our input-output model or other data resources, please contact us, or email Cara Christopher. 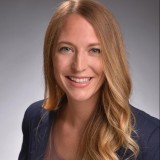