When Stewart McGregor first heard about “Project Fireball” earlier this year, he joked that it had something to do with Fireball whisky.

Turns out, it was about Goodyear Tire & Rubber Company. The multinational tire company wanted to open a distribution center in the suburban city of Forney, Texas, where McGregor works as an economic development specialist. With a population of about 20,000, Forney is small, but was recently ranked the sixth fastest-growing city in the Dallas metroplex, about 20 miles from the city center. So when Goodyear came knocking, McGregor and his team opened the door to lock in the Gateway’s first business. And after months of negotiations, Goodyear recently announced it would open a 1.2 million-square-foot distribution center.

When the center opens late next year with 160 new full-time jobs, Goodyear will be one of Forney’s top employers.

Sealing the deal with data

Like all great endeavors, it took significant collaboration to get Goodyear to Forney. McGregor said the Forney EDC worked with the city, county, and school district to make Forney into a triple Freeport city. This means Goodyear, and other distributors and manufacturers in Forney, won’t have to pay inventory tax on goods that move in and out of Texas within 175 days.

In addition to triple Freeport, Forney EDC used Emsi data to get Goodyear’s attention. McGregor said he especially used Emsi’s industry and occupation data to show Goodyear that Forney had the talent base to power the new distribution center.

“I can search any industry and get an up-to-date report about total wages and employment in this part of the metroplex,” McGregor said.

McGregor also used Emsi’s economic impact model, which shows the additional impact Goodyear’s new distribution center will have on Forney’s economy. It’s not just the 160 jobs. There will also be indirect jobs, millions of dollars in increased earnings for Forney’s citizens, and increased tax revenue.

For example, Forney is largely a commuter city, with most of its residents working in Dallas or other nearby communities. The new Goodyear jobs will increase Forney’s daytime population, which helps to grow local businesses.

“Our restaurants need a lunch crowd, and our business owners need people shopping in their stores during the day,” McGregor said.

‘Data is everything in economic development’

McGregor has used Emsi data for two years. And in that time, he’s saved hundreds of hours putting together reports for local and prospective businesses.

“Emsi’s data comes to my rescue every time. When we get prospect leads from the state, and they’re wanting to know our workforce availability, we know we may have two or three days, at most, to respond to it. Having data that I feel confident in at the tip of my fingers is huge,” McGregor said.

Between Emsi’s labor market, job posting, and resume data, McGregor has everything he needs to show businesses exactly why they should locate to Forney.

“Data is everything in economic development. You can market your quality of life as much as you want. But at the end of the day it comes down to, ‘Can I get the employees for my business here in town?’ Having that knowledge and data regarding your workforce and what it can support is huge,” McGregor said.

Before communities build strategic visions, McGregor said they should be able to answer three questions:

To get the attention of prospective businesses, McGregor highly recommends using Emsi data to tell a compelling story of how a business can be successful in your region.

“It’s always a great resource, and all of the staff at Emsi that I’ve met are top notch.” McGregor said.

For more information about the data needed to retain and attract businesses in your area, contact Cara Christopher at cara.christopher@economicmodeling.com. 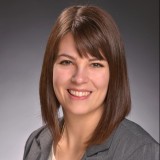