Anne Arundel County had a problem. And in some ways, it was a good problem: 3.2% unemployment. Depending on who you ask, that’s full employment. However, the county was facing 14,000 annual job openings. So how do they fill all those positions when they are operating at full employment?

“When you’re at 3.2% unemployment, you don’t have enough individuals to meet the demand. So you have to go to non-traditional sources,” Kirkland J. Murray, President & CEO of the Anne Arundel Workforce Development Corporation (AAWDC).

One of those non-traditional sources is the ALICE population. ALICE stands for Asset Limited, Income Constrained, Employed. It is a new way of defining and understanding the struggles of households that earn above the federal poverty level, but not enough to afford a bare-bones household budget. And here was Anne Arundel County’s other problem. While it is a very affluent county (median household income of $96,486), it also has 6% of its population living in poverty, and another 27% on the verge of poverty. And this problem is growing. That 27% share of ALICE households has increased from 21% in 2010.

But perhaps each of these problems could be a solution for the other? AAWDC and Emsi teamed up to examine what would be needed to connect the ALICE population, who have existing skills and work ethic, to the business needs in the community.

“How can we work with this population to fill that demand? We wanted a study to show us who those ALICE people are, what industries they’re working in, what occupations they’re working in, marry them to what our job growth needs are, and look at what are those career pathway parts,” Murray said.

The Emsi team met with AAWDC staff, industry groups, and business entities to better understand the workforce needs and challenges facing the region, and the specific challenges of the ALICE population. To do this, we took a deeper dive into the data, scraping and compiling microdata from the Census’ DataFerrett analytical interface to access Census programs such as the Current Population Survey (CPS) and American Community Survey (ACS). The interface allowed Emsi to analyze datasets cross-sectionally. What does all that mean? We were able to see more detail from questions and responses, and as a result, formulate trends in the data as opposed to just examining the data in aggregate.

This approach revealed barriers specific to the ALICE population, as well as systemic barriers in the delivery of workforce resources.

Transportation and access to reliable childcare emerged as the primary barriers to employment. Single-parent households are a common characteristic of the ALICE population, meaning the lack of reliable childcare impacts them more than other groups. The survival budget for a single parent and infant in the county is approximately $52,000, yet more than half earn $39,000 or less annually. Roughly seven-in-ten single parents do not make enough to support themselves and an infant.

Similarly, income levels limit the transportation options of the ALICE population, which limits their employment options. They are substantially more likely to walk, bicycle, or use public bus transit, and these forms of transportation restrict commuting distances.

Put another way, more of the ALICE population’s time and resources must first go towards those things which are needed simply to be at a job and earn an income.

Knowing these barriers allows for AAWDC to identify how to direct their programming and resources. It also informs how the organization can better operate. “Really, the benefit of this report has been an eye-opening thing for our Board, and has led for the Board to have conversations about what services we need to have, what systematic changes we need to have, and what policies we need to change,” said Murray.

Adjusting career center hours to accommodate the work hours of their clients or assessing dollar caps and number of training limits on clients are a few of the systematic and policy changes that have emerged. AAWDC is focused on five high growth industries: healthcare, information technology/cybersecurity, transportation/warehousing, construction/manufacturing, and hospitality (“HITCH”). Combined, HITCH industries added over 17,000 jobs from 163,660 in 2013 to 180,750 in 2018—accounting for over 70% of total job growth during that period.

“We want to look at how we take individuals who are unemployed or underemployed and get them the skills that they can meet those job opening opportunities in those industries. That’s why this report was created, to really look at what those opportunities are and what is that path for taking someone who is really at an entry point and moving them up a career pathway to meet those needs,” said Murray.

As they transition from being on the verge of poverty to self-sufficiency, those pathways are vital for economic mobility. Because a large segment of Anne Arundel County’s labor force is highly educated, entry- and mid-level positions are often vacant. Allowing for those in the ALICE population to slide into these open roles, potentially with little training being needed.

Transferable skills were used to illustrate how individuals in entry-level positions can advance within and amongst HITCH industry jobs. Moving from entry-level to mid- or high-level may result in a change in industry, but can utilize and build on skills from the current entry-level position. This project and our conversation with Murray produced some themes that are likely true in any community addressing their ALICE population or other disadvantaged groups:

A key element of the ALICE population is the “E”. They’re employed. They are in jobs that require certain skills. Communities that identify those skills, how they can develop them, and how they can be transferred between occupations and industries, will see success in their programs.

Supporting the ALICE population is part of the bigger need for inclusive development. And part of inclusive development is recognizing the unique challenges of the population you are trying to serve. “They’re working but they still got the child care issues, they still got transportation [issues], how do we address that,” asks Murray. Acknowledging the barriers will get a community to start asking the right questions.

The role business plays in finding solutions to those barriers can’t be understated. The mission and vision of AAWDC is to enhance the economic vitality of Anne Arundel County and for every citizen to meet their full potential. For that vitality to occur and businesses to grow, they need people to succeed. As Murray points out, “One of the unique things that came out of this study, that we didn’t start with, was how do we get businesses to understand that they have a role in this too? That if they want to fill these vacancies that they may need to look at their existing workforce that are entry-level positions or entry-point positions, and use incumbent worker training opportunities to move them up. But when there are some barriers that employees have, what kind of role can employers play in eliminating those barriers?”

Whatever challenge your community is facing, we’re here to help you make data-informed decisions. Contact Cara Christopher at cara.christopher@economicmodeling.com to learn more about our data and solutions. 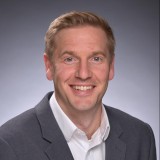